Nancilee Wydra, the old lady behind:

"Laughing All The Way"

Check out the Events page to see where Nancilee Wydra is speaking!  If you'd like to information on booking her for a lecture, please contact Julie Kroll at 847-370-7741. 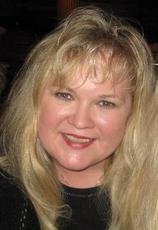 Julie has worked with Nancilee when she was in her late 20's and over 20 years ago! Julie fell into her web with the Feng Shui Institute of America and continuing onto many experiences at Word Warrior Kids (www.wordwarriorkids.net) and Dictionary Head (www.dictionaryhead.net).  Obviously, Nancilee can't stick to one thing.

In Julie's real life she is a singer, pianist, and a mom to a teenage son.

Laughing All The Way!

The better way to age!

Thank you for contacting us! If needed, you will hear back within 48-72 hours.

​Decades ago I was educated as a psychiatric social worker and worked with what was identified as pre-gangs boys, who roamed New York City streets with nothing to do but get into trouble.  This experience opened my eyes to how a built environment affects behaviors.  I started writing a book about it, but then I thought who would listen to a 25-year-old who is making up a new social science called person/place.  So I threw the book in my desk drawer and eventually when the desk was tossed and so was the book.

After leaving psychiatric social work, I went back to school and received a degree in interior design and worked for a company that gave me, "the kid" clients no one else wanted.  Since we were hired to design a bunch of nobody singers in 1967 I got to do the Rolling Stones first NYC apartment.

After too many phone calls at 11 PM from clients wanting to talk about a chair, I decided not to bother with people and make art and people could take it or leave it. I became a jeweler and did the "craft circuit" in the 1980's. I called myself Veedra, the phonetic of my last name which looked much classier than Wydra.

Then in 1989 the first English book on feng shui was published and I thought, that’s it! Now I can write my book about how the built environment affects how we act, interact, and react.  The only problem was that feng shui was filled with Chinese cultural ideas that didn’t mesh with my western background.  So I decided to update it and substantiate its viewpoints with physical and social sciences. I called it the Pyramid School of Feng Shui and founded the Feng Shui Institute of America devoted to training experts in a field, that understood that where you are is as important as who you are. After over a dozen or so years I trained enough people to take over the school and I could go on to doing something else.

Was the next career a normal progression from the feng shui.  No. I opened a restaurant in Clarksdale, MS, the home of the blues.   I was the chef, but art was still in the air since you could buy anything in the restaurant, even the chair you were sitting on.  I guess you were buying me too since you could order anything you wanted to eat and I had to make it.

After selling the restaurant I took the logical next stet and launched a free educational website . (wordwarriorkids.net)  that teaches children vocabulary through rhyme and song. NPR allowed me to have a radio show called Dictionary Head (dictionaryhead.net) that furthered the idea of learning vocabulary with a fun guessing game.

Now I have decided to focus on something I am going through, aging.  Thus laughingalltheway.net was launched to be the remedy for the emotional and physical aspects of aging. The sure fire way to do this is to learn about it realistically and laugh your heads off while doing so. 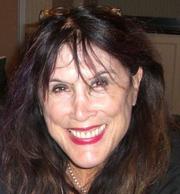 Sign up to be notified of new information, events, and happenings with Laughing All The Way