A Rhyme about the disappearing act! 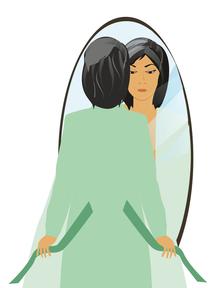 Now You See It; Now You Don’t
Another Joy of Aging!

When I was young I called it public hair, yet always wondered why  it was always covered up.  I also wondered why my mother was so adamant that I shave under my arms and legs.  Why not shave my forearms?  It just didn't make sense and still doesn't.

Then when I reached the stage when going to bed meant falling asleep instead of your know what, I noticed that you really didn't have to hide your public hair because it wasn't there.  And after a while neither was hair on your legs or under arms.   Gillette lost a customer.

It’s time to fess up and get to the truth.  Many things disappear that were normal in our youth.

Yes, the hair all over your body, greys, thins and in some places disappears.

Melanin is a pigment that colors hair and is produced by hair follicles.  When we age the follicles make less melanin therefore hair loss and hair color is a casualty.   How soon and how fast this happens is largely due to your genes.

Like it or not scientists say the “rule of thumb” is that by the age of 50, half of the population have lost the color in 50% of their hair.  So you are not alone.
The timing or outcome of greying is not a direct result of stress  in the same way as a loss of a tooth can be directly connected to a fall.

Early in life until one became a teen,
The area I'm discussing was absolutely clean.

It’s time to admit the uncomfortable truth.
Many things disappear that were normal in youth
So kiss goodbye to what could be called your private hair
Because now that area is almost completely bare.