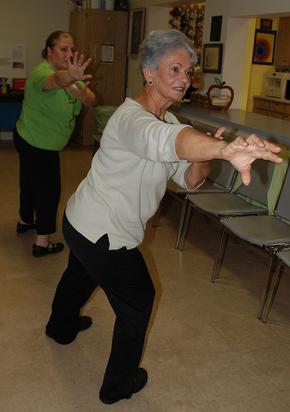 Grandpa's job was to make sure you weren’t a menace.
It would have been funny if he played pickle ball or tennis.
Going to a watering hole
Was far more likely than a search for his soul
Diapers were not on his list of chores
But he would gladly go to the grocery stores

Today when we give up our life-long careers,
What’s ahead of us is almost the same number of years.
To sit on a couch watching TV
Is a ridiculous thought, I’m sure you’ll agree.

So now is the time to understand what’s to come
You don’t have to worried or be in anyway bummed
It’s normal and there are ways to evade
There’s little about aging that should make you afraid.

I'm Not My Grandma

If you are over 55 and are lucky enough to remember a grandparent, you know without a shadow of a doubt, that you are not in any way like your grandparent was at your age.

My grandma never wore pants and I almost always wear them.  My grandma worked to give her family money and I worked to fulfill my coffers but also my soul. Cleaning the house, cooking for family and wanting nothing more than having her family close by were the mantra’s my grandma lived by and for.  Mine are broader.

Aside from those things you can think of here are some hard facts about you and women 50 years ago who were likely your grandma.

Only 7% of the Silent generation and the early Baby Boomer generation has completed Bachelor’s degrees while today 4 times more women are likely to have one.

Today’s 55 plus folks have money; in fact, they control 75% of all the money in the country.  Their grandparents didn’t have money and were considered by today’s standards poor.

No, you’re not your grandma in lifestyle, dress style, finance style and expectation style.